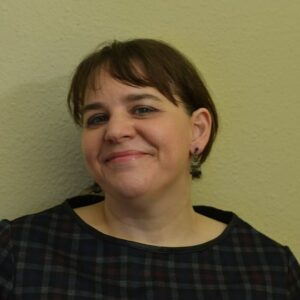 What could that all mean?

My journey stated in 1991 in college when my friend, Susan, showed me the book Sun Signs by Linda Goodman.  When I read it, the world stopped, and then it restarted.  This book was a portal that opened up a new language, and being  French major I liked languages, and the beginning of to journey of seeing the world in a somewhat explainable way.  Little did I know that the study of astrology would lead to my finding a spiritual path with the universe.

I had always been gifted in my studies.  I worked hard and could often see the results of problems so many steps away, and the weird thing was the same thing happened with people.  I realized now it is just how my brain works.

From a young age, I also just felt like something was going to happen or just knew something would happen.  I wasn’t always right, but most of the time I was.  I didn’t know until later in my life that this corresponding to being a clairsentient, someone who can see something by feeling it, and a claircognizant, someone who can see something by knowing it.  I’m not a clairvoyant.  I don’t see things happening, rather I get messages, sometimes they make me flush and the energy coursing through my body is intense.  Other times, it’s a more gentle energy of me just knowing something.

I’ve been studying astrology since then but it wasn’t until 2016 that I discovered evolutionary astrology.  Once again, something opened up for me and it was in that moment I realized that was what I was supposed to do.   Evolutionary Astrology is the study of the birth chart as a map of your soul’s evolution.  Why did you incarnate here on earth?  What are your soul’s missions?

As I began to do more work with some amazing women, and a few men, I started to realize I was getting messages either when I studying and interpreting their chart, but also during the readings.

Then, the most amazing thing happened.  I took a course where someone did soul retrieval work  I wasn’t familiar with it, but was open to what could happen.  The theory behind is that when you experience pain a part of your soul gets chipped off during that experience so you can survive.  Maybe this happens every time, but the object is to find clear painful childhood memories, go back and find that part of your soul there, and reattach it to yourself.

I WAS SO EXCITED!  Everyone has different gifts but when I realized I found mine, I was joyful.  There was conscious shift of how I viewed the world.  I had found Ikigai!

Ikigai is a Japanese word that describes when your passion, mission, profession, and vocation meet.

I WANT YOU TO FIND YOUR IKIGAI!